Posted by: Fatimah Hassan in Women and Education 10 days ago Comments Off on Girls’ schools in Torghar demanded 4 Views

MANSEHRA: Complaining that there is not a single girls’ high school in the entire Torghar district, the Pakhtunkhwa Milli Awami Party on Friday demanded of authorities to ensure the easy access of local women to formal education.

It also called for the protection of women’s other rights.

Participants of a PkMAP meeting in the Nusratkhel area here warned that if their demands weren’t met, street protests would be staged across the region.

They said the status of Torghar was changed from a tribal belt to a settled district in 2011 but it lacked basic facilities of life.

The participants demanded protection of women’s rights, especially their right to formal education, as well as a share in Tarbela Dam’s royalty for the district.

PkMAP district president Zahid Khan said the absence of a girls’ high school in the entire district was tantamount to depriving women of their right to own development.

He said the government should immediately build schools and colleges each in three tehsils of the district.

Mr Khan also called for the early completion of work on the Judbah-Thakot Road to link Torghar with the Hazara Motorway saying lack of infrastructure and roads is blocking the district’s development.

Former provincial assembly candidate Laiq Aziz Shah, who was also in attendance, complained that the government hadn’t completed work on the district headquarters hospital and other development projects despite the passage of several years.

He said Torghar was notified as a settled district in 2011 but the residents continued to live a miserable life due to a lack of facilities, including education and healthcare.

“Though the provincial government announced many development projects for the district over the years, none of them has been completed,” he said. 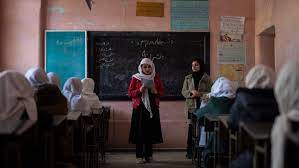