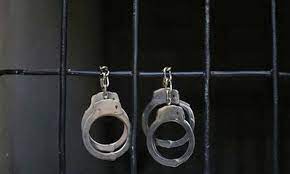 Posted by: Fatimah Hassan in Gender Based Violence 10 days ago Comments Off on Four jailed for life in girl’s gang rape case 5 Views

KARACHI: An antiterrorism court has sentenced four men to life imprisonment in a case pertaining to the gang rape of a class-VIII student, filming the incident and sharing its video on social media in 2021.

The four men — Muzammil, Subhan, Adeel and Aarez — were found guilty of sexually assaulting the 12-year-old victim on Jan 12, 2021 within the jurisdiction of the Memon Goth police station.

The ATC-IV judge, who conducted the trial in the judicial complex inside the central prison, pronounced his verdict reserved after recording evidence and final arguments from both sides.

The judge noted that the prosecution had successfully proved the charge of rape against the accused persons.

They were also handed down five-year imprisonment each for intimidating the victim into hushing up their crime.

During the trial, the victim had deposed that she was in touch with accused Adeel, who asked her one day to contact their mutual friend Subhan.

Upon contacting, she added, Subhan invited her to his house to meet his family members on Jan 12, 2021.

The victim testified that when she went to Subhan’s house, he said his mother was coming, but on the contrary three accused — Muzzamil, Adeel and Aarez — came there.

She said Adeel pulled out a knife as others pushed her on the bed and subjected her to gang rape and threatened her of dire consequences if she disclosed the incident to anyone.

As she recorded her statement before police under Section 161 of the Criminal Procedure Code, the families of the accused started exerting pressure on her to change her statement and refrain from implicating their boys.

However, the victim deposed that she rightly picked out them as her rapists during an identification parade held before a judicial magistrate and also recorded her statement.

Advocate Muhammad Khan Sheikh, the counsel for the complainant, argued that in the cases where a rape victim was minor, her statement itself was sufficient evidence to convict accused persons in the light of a Supreme Court ruling.

He stated that the evidence, including the medico-legal examination as well as forensic analysis of the video and mobile phone of the accused, fully connected them with the commissioning of the offence.

He asked the court to punish them according to the law.

In their statements, recorded under Section 342 of the CrPC, the accused persons had denied the allegations and pleaded innocence.

They asked the judge to acquit them of the false allegations levelled against them by the prosecution.

A case was registered under Sections 376-ii (punishment for rape), 506-B (criminal intimidation) and 34 (common intention) of the Pakistan Penal Code read with Section 7 (punishment for acts of terrorism) of the Anti-Terrorism Act, 1997 on the complaint of the victim’s family.