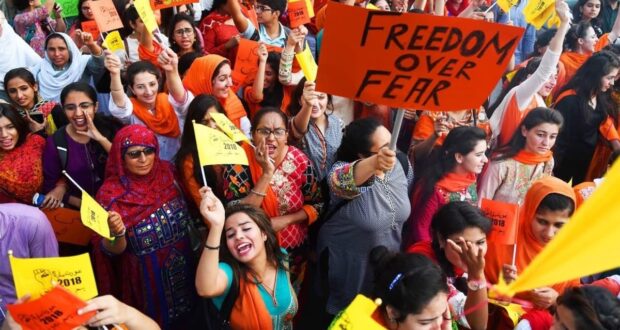 ISLAMABAD: The Shuhada Foundation of Lal Masjid has moved The Islamabad High Court seeking ban on Aurat March and action against its organiser Open Society Foundation for holding such activities.

The petition was taken up by Justice Miangul Hassan Aurangzeb of the Islamabad High Court (IHC).

However, Shuhada Foundation counsel Tariq Asad requested Justice Aurangzeb to refer this matter to some other bench.

Subsequently, the judge referred the case to the IHC Chief Justice.

The petition was seeking court’s direction to “ban the organisations particularly ‘Open Society Foundation’ which were involved in the Aurat March and the organisers of the event be dealt with in accordance with law.”

The petition also sought ban on Aurat March and similar events as well other activities like Valentine Day. Besides, it requested the court to refer this matter to the Council of Islamic Ideology to examine whether the women in Pakistan are deprived of any legal right in any field and whether such event conducted on March 8 was in consonance with the injunctions religion and the provisions of the Constitution?