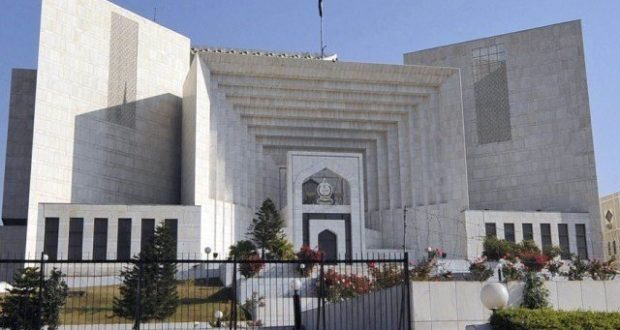 The Supreme Court (SC) was informed by the additional advocate general of Khyber Pakhtunkhwa (K-P) that the provincial police had confirmed the ‘honour’ killing of five girls involved in the Kohistan video scandal.

A three-member bench headed by Chief Justice Saqib Nisar resumed hearing of the suo motu case pertaining to the six-year-old Kohistan video scandal that led to the murder of five women on the directions of a jirga. The suspects, however, kept denying the killing and insisted that the women were alive.

During the hearing, the additional advocate general said police had added names of nine accused in the challan.

Justice Nisar sought details of an SC-constituted fact-finding mission sent to the area on June 4, 2012, to verify if the women were alive.

The court was further informed by the counsel that the women were misidentified by the commission. “They had presented different women in front of the committee.”

When the chief justice recalled Farzana Bari’s stance, the K-P lawyer admitted that she had opposed the committee’s report. “She was right. The evidence proves the girls were murdered.”

The bench gave the provincial government a 10-day deadline to submit a challan against the accused.

Justice Nisar also remarked that the victims’ families can file an appeal to transfer the case to an anti-terrorism court. “However, if they feel any injustice, they can file a human rights petition in the supreme court,” he added.

The viral video showed the women clapping while two young men were dancing to a local Pashto song during a wedding in a Seerto Village of Kohistan in 2012.

Later, it was reported that the four women in the video, along with the minor girl, were killed on May 30, 2012, in accordance with the jirga decree.

The avenging tribe of the women had also killed three brothers of Afzal Kohistani, the man who had disclosed the decision of the jirga. The tribesmen, over the years, kept denying they killed any of the women and even presented five women in veil before officials sent to investigate the case.

The Supreme Court took suo motu notice and sent a fact-finding mission to the area on June 4, 2012 that concluded that the women were alive. However, the case was reopened after a petition was filed by the National Commission on the Status of Women.

On November 7, the Supreme Court had given four weeks to the Khyber-Pakhtunkhwa government to complete the investigation into the killings in Kohistan.