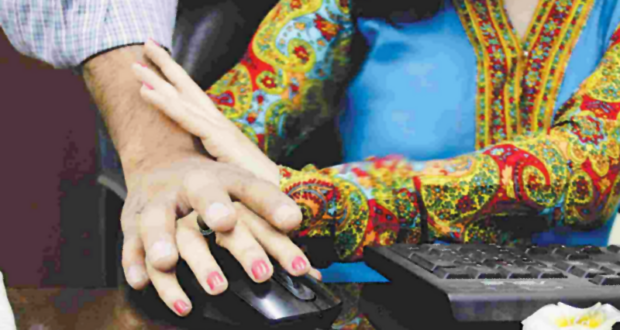 The government had failed to appoint an anti-harassment ombudsperson in the province since the enforcement of Protection against Harassment of Women at Workplace Act in 2010 that prompted a non-governmental organisation to move Peshawar High Court for the purpose. The court ordered appointment on the position in September 2017.

In November 2017, the then cabinet had approved amendments to the Act to pave way for the appointment of ombudsperson to hear cases of harassment against women at workplaces.

Mr Yousafzai said that a search and scrutiny committee headed by chief secretary proposed three names for the ombudsperson and the provincial cabinet after detailed discussion agreed to appoint Ms Naz on the position.

Official documents show that the search and scrutiny committee in its meeting on September 26, 2017 had shortlisted three candidates including Ms Naz, Mah Talat and Shakeela Begum from a panel of five candidates.

The cabinet also decided to frame a comprehensive policy regarding formation of new districts in the province.

Mr Yousafzai said that setting up new districts put strain on the provincial exchequer; therefore, such units would be formed on the basis of need instead of political grounds.

The cabinet also formed a three-member committee comprising senior member Board of Revenue and secretaries of finance and local government departments to devise a policy in this regard. “The committee has also been notified,” said the minister. He said that in future, no new district would be created on political basis; however, no change would be made to the earlier formed districts.

The minister said that the committee would comprise officials of finance, law and administration departments and would present its report within three months.

The cabinet also approved amendments to KP Rules of Business, 1985 to entrust the welfare of transgender persons to social welfare and women protection department.

Mr Yousafzai said that previously social welfare department had shared a draft transgender protection policy with law department; however, it could not have been implemented before amending the KP Rules of Business, 1985.

He said that the cabinet also approved a two-member selection committee for the formation of KP Prevention of Conflict of Interest and Ethics Commission. The committee would shortlist three names to be appointed as chairman and members of the commission.

He said that PTI MPA Arshad Ayub Khan was selected from treasury benches while ANP’s Sardar Hussain Babak would represent opposition in the committee.

He said that half of the amount would be provided by the federal government while the provincial government would contribute the remaining half.

The minister said that forest department had asked for Rs3.75 billion for the current year; however, the cabinet allowed Rs1 billion for the purpose and of which finance department would provide Rs500 million while the remaining amount would be provided form the coffers of the Forest Development Corporation.

Mr Yousafzai said that cabinet also allowed the transport department to ink agreement with National Highways and Motorway Police (NH&MP). It will allow the NH&MP to patrol the Swat Motorway. The provincial government will bear the cost of the policing.

The cabinet also decided to hold its next meeting in Khyber tribal district. Chief Minister Mahmood Khan also directed his cabinet members to regularly visit the merged districts. A schedule will be issued soon in this regard.