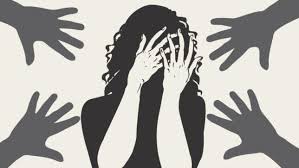 Rawalpindi: An additional sessions judge on Monday granted bail to four suspects in a gang-rape case against surety bonds worth Rs100,000 each, while the Rawat station house officer (SHO) was suspended by the city police officer (CPO) for conducting a flawed investigation that led to their bail.

The records of the case were presented before the court of Additional Sessions Judge Tahir Aslam on Monday, who granted the suspects bail on the basis of a new statement recorded by the victim in his court in which she said the four suspects were not involved.

The magistrate rejected the prayer, saying the victim could not record another statement and that her earlier statement was recorded of her free will without pressure.

The four suspects had been arrested after an FIR was registered with the police on the victim’s complaint. They were sent to jail until June 11 and dismissed from police service.

The victim had told police that she was raped on the night between May 15 and 16 in Bahria Town Phase 8 while she was out for Sehri. She alleged that she was abducted and assaulted by four people, including three police officials.

Since being granted bail, the four suspects are expected to be released today (Tuesday).

Rawat SHO Ayaz Azeem was suspended by the CPO after the four suspects were granted bail.