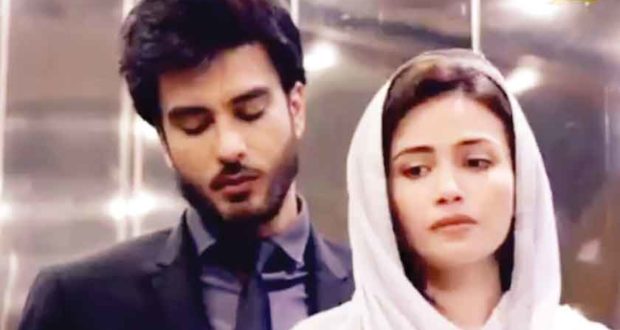 The teasers of drama serial, Inaam, featuring actor Imran Abbas and actress Sana Javed in key roles, have arrived and are intriguing as they are relevant to our society. Helmed by director Shahzad Anjum of Khaani fame, Inaam highlights a social issue, i.e. workplace harassment, which is quite prevalent – not only in our part of the world – but is a pressing issue all around the globe.

In the upcoming play, Imran Abbas is essaying the role of an antagonist, while Sana Javed is playing the victim of workplace harassment.

The first teaser shows how society puts the blame on the girl for everything that is happening around her. Not only is she labeled an outcast, her father also slaps her in front of everyone and calls her a disgrace to the family. She makes efforts to ensure that her father understands that she is not the one at fault.

The teasers, however, also show us that beyond the plight of a young girl who faces harassment at the hands of her boss, how she is trying to raise her voice against harassment.

The play is scheduled to go on-air on Geo Entertainment in the coming days.