Job quota for acid attack survivors on the cards

Posted by: Web Desk in Acid Attacks February 3, 2014 Comments Off on Job quota for acid attack survivors on the cards 1162 Views

Karachi: Officials of the Sindh health department have promised to establish a separate job quota for acid and kerosene attack survivors, like the one already present for disabled people.

Under the quota, women would be provided jobs in the health department as lady health workers.

Additional secretaries at the provincial health department, Dr Muhammad Aslam Pechuho and Dr Masood Solangi, made this promise while speaking at a seminar organised on Friday afternoon by Depilex Smileagain Foundation (DSA). It had been held to mark the success of its ‘Rehabilitation of domestic violence victims’ project.

Participants of the seminar included corporate executives, doctors and survivors of burn injuries incurred in cases of domestic violence.

Speaking on the occasion, Dr Pechuho saluted philanthropists because of whom the country was making progress in strides. “The government can’t make any headway on its own,” he said.

Meanwhile, Dr Solangi lamented the prevalent gender bias in the society, which he said, eventually led to violence. “In a society where the legal system has failed to provide justice to even the well-to-dos, it cannot be expected that survivors of acid and kerosene burns would be treated fairly,” he said. “However, their sorrows can be minimised by providing them jobs as lady health workers.”

He said that unfortunately violence against women was a prevailing menace in Pakistan, and organisations like the DSF were needed to take the lead in addressing gender-specific crimes.

He said that empowerment of women was very important and the government was committed to address this area.

“We assure the DSF of our full support for their noble cause and we will help them whenever they need us,” assured Dr Solangi.

Narrating her ordeal, Kanwal Qayyum, told the audience that her husband had thrown acid on her because she wanted to work as an air hostess to be able to educate her children. “Suddenly one day before work my husband threw acid on me,” she recalled.

A dermatologist, Dr Jamil Bhatti, reiterated the need for psychological support for survivors of acid and kerosene burns.

Musarrat Misbah, the president of DSF, said that so far her organisation had treated 5,786 burn victims with the assistance of psychiatrics, reconstructive and plastic surgeons, dentists and cosmetologists.

She said that Pakistan ranked second last out of 136 countries in the Gender Gap Index of the World Economic Forum.

She said that DSF has initiated the women empowerment project to address the country’s gender gap and support young girls and women. “This year we would focus on psycho-social support of women,” she said.

Misbah expressed her gratitude to Phillip Morris Pakistan Limited for extending their help throughout the course of the project.

“We sent 10 girls to Italy for a beautification course and 10 more were married off and found jobs in banks, pharmaceutical and telecommunication companies, and the nursing sector. Two doctors were also sent abroad to receive training on multiple-burn disorders,” she said. “You don’t need a face to become a telephone operator.” 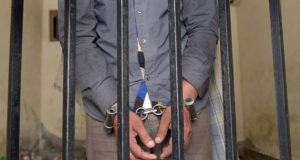