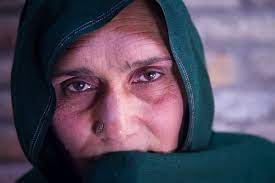 ISLAMABAD: Two widow sisters, both above 70, who had been running from pillar to post for the past two decades, finally got their inheritance right last month, only after the intervention of Prime Minister Imran Khan.

Even when the matter was taken up by the Citizens’ Portal early this year, the Rawalpindi district administration tried to drag the matter. Later on, when the prime minister ordered an inquiry against the revenue official concerned, and a disciplinary action was initiated against him last month, the administration was forced to do what should have been done many years back.

The case is a classic example of how women in Pakistan are deprived of their constitutional and religious right to inheritance. The sisters – Tanzeem Akhter and Tanveer Sohrab – started their struggle to get their right in 1999 when their father died. For almost five years, these sisters contested their case and won it in a court of law as well as the offices of all revenue officials – from tehsildar to commissioner, but failed to get their property practically. After the court decision in 2005, the revenue officials not only kept delaying demarcation of the land but also started a new round of legal-cum-administrative process for handing over the property to the sisters.

The widow sisters lodged a complaint on Pakistan Citizen’s Portal against the additional deputy commissioner revenue (ADCR) on January 23, 2021, who had not been implementing the decision for no reason.

When the news of complaint on the Citizen’s Portal reached the official concerned, he allegedly threatened the sisters to withdraw their complaint or get ready to face the consequences. However, the women again reported the matter to the portal, and on May 18, 2021, the prime minister directed the Punjab chief secretary to take action, which resulted in demarcation of the land and division of the property among the family members as per law.

According to a National Commission on Status of Women (NCSW) report, published in 2006, only 3% of women in Pakistan get inherited properties/ lands. However, no updated record on the issue is available in the country.

Naheed Ali, who remained a member of the National Commission on Status of Women from 2006 to 2009, told The News that even the above mentioned NCSW report was not reliable, as there is no proper procedure to measure the percentage of women who get their inheritance right.

Humaira Bashir, who worked with KPK Commission on Status of Women in 2018, and is currently a member of the KPK assembly, said that during her service as a commission member, only one introductory meeting was held.

A source said that as far as the law and policies for the protection of women inheritance is considered, Punjab offers the best legal framework. But when it comes to implementation, the situation is pathetic.

Additionally, in order to create institutional accountability against any malfeasance or abuse of authority on part of the revenue officers, District Enforcement of Inheritance Rights Committee (DEIRC) was also constituted in every district of the province.

The law of Punjab Partition of Immovable Property Bill 2012 was also implemented with the intent of making the process of demarcation of land easier for women. Under the law, now the state is responsible for demarcation of land among the rightful heirs.

Moreover, the law also restricts the revenue officer to resolve the matter of demarcation within two months and execute partition among the rightful heirs within six months.

However, The News has learnt that the laws are hardly being implemented. A senior official, on the condition of anonymity, said that no person would remain deprived of its legitimate inheritance right if the revenue officers only pay a little heed to the matter. “There is always some malfeasance, some connivance on the part of the revenue officers that they wipe out genuine heir out of the inheritance shares,” the source added.

Official data obtained by the correspondent from the Punjab Women’s Helpline (1043) showed that the department received 2,746 complaints from women related to property issues and inheritance rights during the year 2020. In the current year 2021, the department had received over a thousand complains from January to May.

A senior official of the Punjab Commission on the Status of Women (PCSW), when contacted, said the property-related matters of women were referred to the revenue officers concerned, but unfortunately, they mostly did not take them seriously.

Also, it was revealed that the District Enforcement of Inheritance Rights Committee (DEIRC) was bound to conduct at least one meeting every month to resolve women inheritance issues. However, the exercise had become dormant, regretted the official.

Secretary Women Development Department Punjab (WDDP) Ambreen Raza told The News that only seven districts, out of 36 in the province, had been able to depute focal persons for the protection of women inheritance rights. Despite repeated reminders, and letters written to the revenue officers by the WDDP, no progress had been made thus far, she said.

In its letter dated 4th of July 2021, the WDDP stated, “…a letter was written to all 36 districts to provide data about the implementation of inheritance rights of women through newly amended clauses of the Punjab Land Revenue Act 1967, under Section 135-A and 142-A. But unfortunately, the response is still awaited from all the districts regarding any progress in this matter”.

In response, to the letter by WDDP, the Punjab Board of Revenue wrote a letter to all deputy commissioners, highlighting negligence on their part towards the protection of women inheritance rights.

A senior government official said that under the Punjab Land Revenue Act, the revenue officer must collect family tree of the deceased from NADRA without indulging anyone so that there would be no chance of ousting any rightful heir.

Under the new amendments, if someone gets ousted from inheritance share, not only her case would be dealt but also the revenue officer, who operated the mutation and caused the lapse, would also be held accountable, added the official.

Advocate Asma, a Rawalpindi-based lawyer associated with Women Aid Trust (NGO), told The News there were innumerable cases where women fight for their inheritance right, but the system does not support them.

Citing one case, she said, “Miss Rukhsana fought an uphill battle to claim her right to inheritance. She got decree in her favor for her share in 2001, and it was confirmed by the Supreme Court in 2016. However, she is still facing long delays in execution of her decree”.

President of Provincial Management Services Tariq Mehmood told The News that unending delays to demark the inherited land are caused more because of our culture than the revenue officers. He said that in most cases, the deceased is found to be married more than once, leaving heirs from different wives.

That causes family disputes over inheritance shares and the cases usually end up in civil courts, which delay the procedure of demarcation of land among the rightful heirs for years.