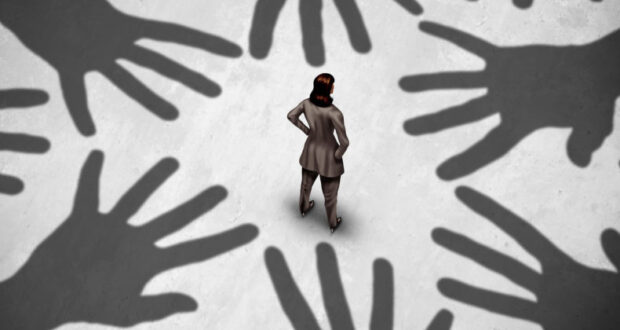 Posted by: admin in Harassment April 26, 2021 Comments Off on Harassment case against academic in limbo 77 Views

FAISALABAD: The University of Agriculture Faisalabad (UAF) Harassment Committee has failed to conclude the probe into sexual harassment case even after a month.

On April 8 last, the university spokesperson claimed that the committee held four meetings and was likely to submit its report next week.

The alleged harassment took place on March 1 and 2 last at the National Institute of Food Science and Technology (NIFSAT).

Submitting an application with the Director Students Affairs, the girls claimed that a supervisor had used objectionable language and sexually harassed their fellows.

Sources told Dawn that the girls were much perturbed due to the inordinate delay by the committee. They said the girls were being taunted by their fellows that what they had got by submitting complaint against the teacher who was still enjoying all perks and privileges.

The girls were told that justice would be dispensed and inquiry would be concluded within a couple of days. However, nothing is in sight, they added. A student leader claimed that university was employing delaying tactics so that girls could withdraw their application.

He said as classes were off which was giving strength to the university to delay the inquiry as the administration had no fear of the students’ protest over this issue.

He said in the past the university had taken action against a PhD student who dared criticise the Kissan Mela on the social media. But we had raised our voice on the issue compelling the administration to withdraw the punishment. However, this time we are not in a position to launch a protest to press the administration for justice, he added.

On March 22, the Harassment Committee was given the task of probing the issue and it was requested to submit its findings for perusal of the Vice Chancellor.

The harassment committee is the third body to look into this issue. First, the ‘ethics committee’ headed by Dr Amanullah Malik was asked to probe the matter. Later, it was replaced with the ‘fact-finding committee,’ comprising three deans of different departments, including the director general of the NIFSAT, a department where the incident allegedly took place.

The university spokesperson claimed on April 8 that inquiry would be concluded within a week or so. However, when he was again contacted on Friday to get update on the committee findings, he came up with a new version.

He said the harassment committee had almost completed its investigations. It will submit its final recommendations in a couple of days after fulfilling formalities.