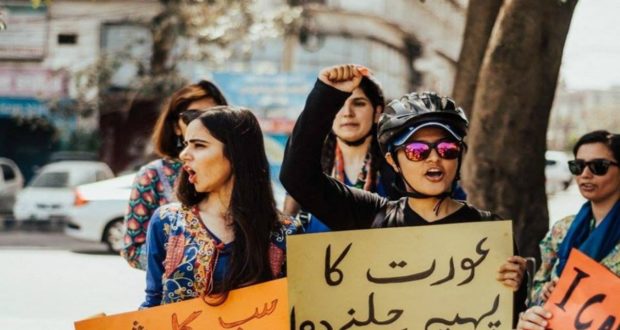 The decision was taken during a meeting on gender crimes held at the Central Police Office on Friday.

The IGP also directed the officials to enable the units to extend psychological, legal and medical aid to the affected women in cases of gender-based crime anywhere in Punjab. He said 10 districts — Lahore, Gujranwala, Rawalpindi, Faisalabad, Multan, Rahim Yar Khan, Sahiwal, Muzaffargarh, Sheikhupura and Gujrat — should be specially focused.

He said the officials should complete the process of posting/deputing ‘gender focal persons’ against each district to collect crime reports from police stations of their districts and share reports with the Central Police Office on a daily basis so as to initiate action against the culprits of such cases on a priority.

Earlier in the meeting, Assistant Inspector General Gender Crime Maria Mahmood briefed the IGP that initially a special unit was set up in Muzaffargarh. She said the unit had proved itself very helpful in timely action against criminals.

A lady sub-inspector was in charge of the gender crime unit while a gender focal person remained there for effective coordination, she said. The unit, she said, was manned by six staffers including five women police officials to provide a friendly environment to the women who want to report gender-based crime.

She recommended to the IGP to replicate the model in Punjab’s districts with high ratio of gender-based crime. She further proposed that the women should be able to lodge their complaint through five facilities — Front Desk, 8787 IGP Complaint Centre, Khidmat Markaz, 15 Help Line and the gender crime cell.

A close coordination with Darul Aman and other government departments must be established to further extend help to the women, she said. She also informed the IGP about a proposal to upgrade Darul Aman shelters in Lahore, Bahawalpur, Rawalpindi and Faisalabad in order to establish links with the units and consultation was in progress with other stakeholders.

While lauding the proposal of the AIG Gender Crime, the IG directed the police officers to start consultation with the officers at other places to establish gender-based units at the police stations. Addl IG Operations Punjab Inam Ghani, DIG Crime and Investigation Jawad Dogar, DIG Headquarters Syed Khurram Ali and other senior police officers also attended the meeting.