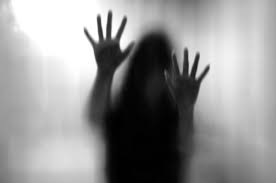 LAHORE: Alarming statistics have emerged which show that 503 boys and girls, below the age of 10 years, have fallen victim to sexual assault.

As many as 338 minor boys and 161 minor girls were sexually abused, while four of the victims were killed over these five months. The deceased included three minor girls and a minor boy. Among the cases, the provincial capital remained at the top with 76.

Lahore Investigation SSP Zeeshan Asghar said that the police have been ordered to launch immediate investigations whenever a complaint against child sexual abuse is registered.

“Most cases are reported in Lahore and data reveals that the culprits involved are usually relatives or close family friends of the victim(s). Police and members of society need to keep an eye on these suspects.” The Express Tribune learnt that in Lahore, 37 cases of minor girl sexual abuse were reported. Apart from the provincial capital, 32 cases were lodged in Sheikhupura, nine in Nankana, 19 in Kasur, 47 in Gujranwala, nine in Sialkot, seven in Gujrat, one in Mandi Bahauddin, 13 in Hafizabad, nine in Narowal, 10 in Rawalpindi, one in Attock, three in Jhelum, three in Chakwal, eight in Sargodha, two in Mianwali, four in Bhakkar, 30 in Faisalabad, 20 in Jhang, five in Chiniot, nine in Toba Tek Singh, 28 in Multan, six in Wahari, three in Khanewal, six in Lodhran, seven in Sahiwal, 11 in Pakpattan, six in Okara, 13 in Dera Ghazi Khan, 28 in Muzaffargarh, six in Layyah, three in Rajanpur, 25 in Bahawalpur, 15 in Bahawalnagar and 29 in Rahim Yar Khan.