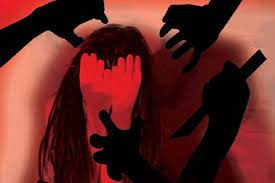 Four held after gang rape of two cousins in Lahore

LAHORE: Police claim to have arrested the nominated suspects involved in alleged gang rape case in a factory at Gujjarpura on Wednesday.

Earlier, the Gujjarpura police received a complaint from the mother of one of the girls stating that her daughter and niece had gone to pick their clothes from the house of a tailor near Fazal Park and did not return home all night. She said the family had searched both the girls and could not find them, adding that her daughter had called her sister and told her that she and her cousin were kidnapped by four men when they were going to pick up their clothes from the tailor.

DIG Investigation spokesperson Muhammad Ali told Dawn that three of the nominated suspects were arrested and raids were being conducted to arrest others.

Chief Minister Usman Buzdar took notice of the case and sought its report from the CCPO. “Justice should be provided to the girls who were a target of injustice at any cost. It is the responsibility of the government to bring justice to the affected girls,” he said.