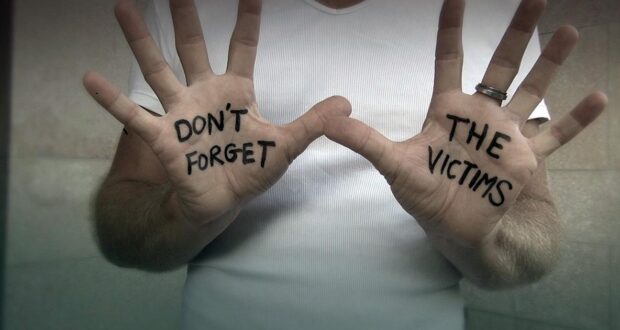 Family of raped girl protests against ‘police slackness in investigations’

KARACHI: Family members and relatives of a college girl in Gulshan-e-Hadeed who was allegedly gang-raped staged a protest on the National Highway on Monday

against what they called slackness in police investigations into the case.

The girl student of intermediate first year was abducted within the Steel Town police’s remits and subjected to gang rape and then thrown out from a car in Defence Housing Authority.Police said the victim was abducted by kidnappers in a car after she had left home to go to a college in Gulshan-e-Hadeed on February 9. Following the registration of the FIR, police arrested three suspects and later arrested another suspect on the information provided by the already arrested suspects.

On Monday, a large number of relatives and neighours of the girl gathered on the National Highway and blocked it for the vehicular traffic. The protesters alleged that the investigation officer of the case was not carrying out proper investigation and demanded his removal.

Meanwhile, after the arrests of four suspects, police said they were awaiting the DNA report after which there would be more development in the case. Police officials said the suspects arrested had denied their involvement in the abduction and gang rape of the college girl and they would continue with their investigations with the help of CCTV footage, DNA reports and CDR.District Malir SSP Irfan Bahadur along with the investigation team members had on Friday visited the girl’s residence and assured her parents of justice.