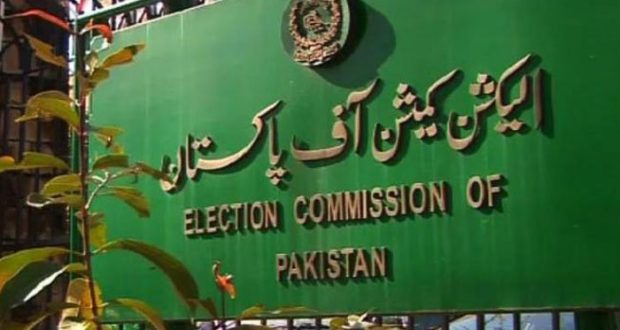 Posted by: admin in Economic Empowerment, Political Rights, Women and Governance May 4, 2019 0 470 Views

PESHAWAR: The Election Commission of Pakistan has prepared recommendations for the federal government to ensure the effective enforcement of the election law by the political parties, especially for the award of five per cent of the total tickets to women in general elections, ECP deputy director Asif Ali Yaseen said on Friday.

Addressing a media training workshop organised by the ECP on ‘gender-related electoral issues’ here, Mr Yaseen disclosed that the commission had noted that most political parties didn’t award election tickets to women in the constituencies believed to be their strongholds and fielded them in constituencies, where their electoral position was considered to be weak.

He made the disclosure while responding to the observation of a journalist that in the 2018 general elections, most political parties awarded five per cent of the total tickets to women in constituencies, where their positions were weak and thus, rendering the law ineffective.

Mr Yaseen, who gave a detailed briefing on the provisions of the Elections Act, 2017, related to women, persons with disabilities and transgender persons, said the ECP had taken note of the issue of the parties not fielding women in their strongholds and had prepared certain recommendations for amending Section 206 of the Elections Act, which had made it binding on a political party to field at least five per cent of women candidates on the national and provincial assembly constituencies.

Answering another question, he said the condition under Section 206 of the law won’t apply to the coming provincial assembly elections in the erstwhile Fata as those polls would be a kind of by-elections, whereas that condition was applicable to the general elections.

He said under Section 9 of the Act, the commission was empowered to declare polling in a constituency or at one or more polling stations if the turnout of women voters was less than 10 per cent of the total votes cast.

The official pointed out that under Section 47 of the law, the ECP had to publish annually the disaggregated data of registered men and women voters in every National Assembly and provincial assembly constituency highlighting the difference in number of registered voters and that where the variation in the data was more than 10 per cent in a constituency, the ECP should take special measures to reduce such variation.

The training was conducted by TV presenter Tauseeq Haider and journalist Myra Imran.

ECP additional director general (gender affairs) Nighat Siddique said during the general elections, 183 women had contested on general seats for the National Assembly but only eight of them were elected.

She said the ECP had faced several problems before the general elections and had to train around 50,000 polling staff within seven months.

Ms Nighat said the ECP had a very comprehensive polls monitoring system and during the general elections it had effectively implemented codes of conduct specially about the checking of displaying billboards and hoardings contrary to the code.

She said the facility of postal ballot was utilised in large number by persons with disability in the polls and the media should highlight these things so as to make such like persons more aware about such facilities.

The official added that media persons should also point out problems faced by women, transgender and persons with disabilities so that those issues could be addressed.

Provincial election commissioner Pir Maqbool said the training programme was important as the ECP wanted journalists to be aware of all technical and legal matters related to the disadvantaged groups, including women, persons with disabilities, transgender persons, and the elderly.