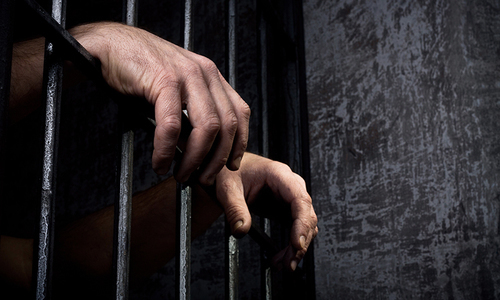 KARACHI: Police on Tuesday informed an antiterrorism court that a detained suspect’s DNA sample had matched in at least four cases of alleged rape of minor girls in the metropolis.

Police claimed to have detained a suspect for allegedly trying to kidnap a minor girl with the intention to rape her within the remit of the Sukhan police station in 2018.

On Tuesday, the matter came up for hearing before the ATC-X judge, who is conducting trial in the judicial complex inside the central prison.

In a report filed by DSP Ali Hassan Shaikh, the investigating officer of three identical cases stated that the suspect was caught while allegedly trying to kidnap a minor girl with the intention to commit rape of the child in the Sukhan area.

It further said that though the child was not subjected to any sexual assault, on “suspicion” the police obtained the suspect’s sample of the DNA and sent it to a laboratory for matching with those drawn from four minor girls, who had been subjected to sexual assault, but the cases had been pending trial since 2015.

The prosecutor disclosed that the medical report dramatically revealed that the suspect’s sample had matched with those of the five children, who were victims of sexual assault. Subsequently, the prosecution said the suspect’s involvement in other cases had been determined with medical evidence, thus he had been booked in those cases as well.

The prosecutor also submitted a report filed by DSP Khalid, the investigating officer of two of the five cases of sexual assaults on minor girls.

In the report, filed under Section 169 of the Criminal Procedure Code, IO Khalid recommended release of two suspects who had been detained in connection with the pending cases of child abuse.

It stated that after the DNA sample of the present suspect had matched with the victims in the two pending cases, no evidence was found against both the suspects and recommended that they be released.

Five cases have been registered under sections 363 (punishment for kidnapping) and 376 (punishment for rape) of the Pakistan Penal Code read with the Section 7 (acts of terrorism) of the Anti-Terrorism Act, 1997 at three police stations.

The Express Tribune: Rape accused in Karachi remanded in police custody till May 17