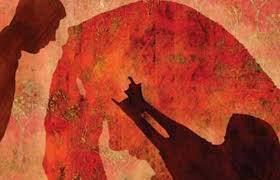 SUKKUR: Armed men, believed to be relatives of a woman belonging to the Jakhrani community of Jacobabad, shot her dead and chased a man into the bordering area of Balochistan to stab him to death on Tuesday.

Sources in the Jacobabad police said that Mumtaz Jakhrani along with his associates shot dead his aunt, Azeeman Jakhrani, 45, on suspicion of having an extramarital affair with a man, Zulfiqar Ali Lashari, in Gulsher Jakhrani village.

After committing the murder, the suspects left her house and chased Lashari, who had boarded a passenger van destined for Dera Allah Yar (Balochistan).

They intercepted the van at Changi Chowk in Dera Allah Yar and forced Lashari to disembark before stabbing him to death. Lashari sustained fatal dagger wound in his neck, the area police said.

Lashari was said to be a resident of Dera Allah Yar but lived in his second home, situated in Brohi Mohallah within Jacobabad.

The woman’s body was taken to the Jacobabad Civil Hospital for a post-mortem examination and then handed over to the heirs.

Lashari’s body was taken to the Dera Allah Yar Civil Hospital for legal formalities by the area police.

The FIRs of the incident was not registered at either of the police stations till late in the evening.

The News: Man held for killing wife for ‘honour’