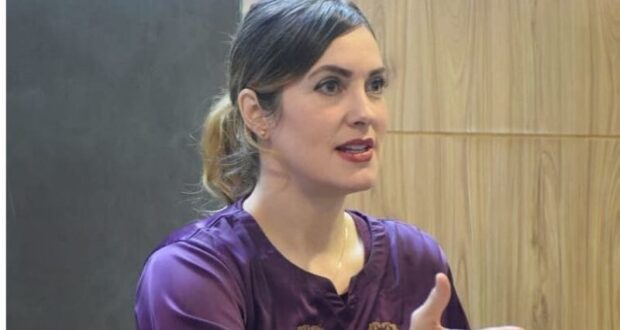 ISLAMABAD: The Ministry of Interior on Friday informed the Islamabad High Court (IHC) that the complainant against US blogger Cynthia D. Ritchie did not come to record his statement against her and that the blogger had recorded her statement in response to the complaint.

Deputy Attorney General Syed Mohammad Tayyab, during the hearing of a petition seeking deportation of Ms Ritchie, informed the court that she appeared before the relevant officer of the interior ministry and recorded her statement. But, he added, the complainant — an activist of the Pakistan Peoples Party (PPP) — did not show up.

It may be mentioned that IHC Chief Justice Athar Minallah had in June sought an explanation from the Ministry of Interior about the status and terms and conditions of the visa issued to Ms Ritchie, asking it to explain if she was entitled to making political statements.

The petitioner, Chaudhry Iftikhar Ahmed of the PPP, pointed out in the petition that Ms Ritchie was a foreign national and she stayed in Pakistan without a valid visa. He sought her deportation.

On July 3, Mr Tayyab told the court that although her visa expired in February, Ms Ritchie had applied for its extension; however, due to the Covid-19 pandemic, the government had extended the validity of all visas till Aug 31. Her application seeking extension of visa is still pending before the interior ministry.

The court asked the interior ministry to hear the complainant as well as the blogger and passed a speaking order in this matter.

Sardar Latif Khan Khosa, the counsel for the complainant, informed the court that his client had submitted all the relevant material to the interior ministry.

The court asked the interior ministry to submit a report by next week.

Further hearing in the case has been adjourned till July 17.

As per the interior ministry’s reply submitted to the court last week, Ms Ritchie obtained a business visa in 2017. A Peshawar-based businessman has been shown as her sponsor in the visa application form. Her visa has been extended from time to time and it finally expired in February.