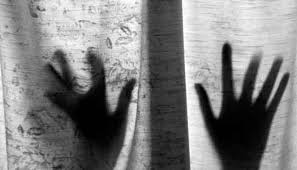 Cops lodge FIR of woman’s gang rape at her house

The Surjani Town Police registered last week an FIR of a woman being gang raped, by men who identified themselves as cops, at her house in Taiser Town on.

The case has been registered under Sections 392, 397 and 376 of the Pakistan Penal Code.

The woman, who approached the police on the matter, told them that she was a resident of Ali Muhammad Mengal Goth, Taiser Town and her husband had left for a fishing expedition last month.

She said two unidentified men, who she could recognized by face, had entered her house on January 7, around 8.30pm, when her husband was away.

According to the woman, the men introduced themselves as police officials and told her brother-in-law that they are searching for a suspect.

She said the men snatched the mobile phones from her brother-in-law and nephew and took away cash worth Rs500,000 and gold from her purse.

The woman further told the police that they tied her brother-in-law’s hand and dragged her to another room, where they raped her at gunpoint. She said they later called two more men, who raped her as well, adding that the men had threatened to rape her 12-year-old daughter in front of her if she resisted.

The Investigation police have been assigned the case’s probe.

However, no headway has been in the investigation yet.

The woman’s husband said the police had collected the finger prints and made the sketch of one of the suspects, and his wife also underwent a medical examination.