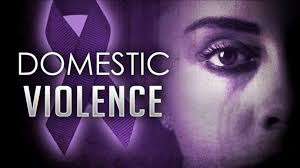 DOMESTIC violence has been an urgent social and public health problem for decades in Pakistan, which has long believed women should bear mental and physical abuse as an unpleasant, if unavoidable, part of marriage.

Instead of speaking out against abuse or going to the police, society prefers victims to suffer silently, not involve the police in ‘family matters’, and to ‘forgive’ their abuser, often for the sake of their children with him. But last week, a case of domestic violence involving a Pakistani celebrity and his wife has blown up all over social media, bringing hope that the taboo of speaking out in public about domestic violence might finally be on its way out.

Only July 19, Fatima Sohail, wife of actor Mohsin Abbas Haider, took to Facebook to publish a shocking story of abuse at the hands of her husband. She claimed that while she was pregnant with their child in November 2018, she discovered him cheating on her with an upcoming model; when she confronted him about the affair, he allegedly beat her, pulled her by her hair, and threw her against a wall.

He repeated the abuse on July 17; the couple had been separated but she visited him in order to ask for support for their son born in 2019. That’s when she wrote about her story and posted two photographs: a close-up of her battered face and the FIR she filed against him. She also posted a copy of the medico-legal report from the hospital that confirmed she had been beaten and injured.

The legal fight to establish domestic violence as a crime has been a marathon of endurance and patience.

Pakistanis quickly lit up Twitter, Instagram and Facebook with heated discussions of the alleged incident. At first there seemed to be similarities with an incident last year in which singer and actress Meesha Shafi publicly alleged sexual harassment against the popular singer and actor Ali Zafar. Many thought that was Pakistan’s #MeToo movement, but the case devolved into mudslinging, celebrities great and small taking sides based on their personal friendship with the parties, and mutual defamation lawsuits; the legal case is still ongoing.

Haider himself got on Instagram Live and denied all allegations of abuse; his wife was lying, he said, she’d just fallen down the stairs. He accused her of cheating on him and went as far as to swear his innocence on the Quran. Feminist activists worried that the allegations against Haider would again be swept by the wayside in the face of public pressure, or that Sohail would withdraw her allegations under threats. But Pakistanis have been displaying a different reaction, one that indicates people are finally looking at domestic violence with a much more critical eye. Some are even ready to break with the tendency to doubt a woman’s motives or cast aspersions on her character when she accuses a man of improper behaviour.

This time around, popular Pakistani celebrities and actors took to their social media accounts to unanimously condemn Haider for his alleged abuse of his wife; some even confirmed Sohail’s version of events, stating they had witnessed the abuse or had a friend who had accompanied Sohail to the hospital. And there were swift repercussions for Mohsin Abbas Haider, who was soon fired from his television presenting job.

In many ways Sohail embodies the ‘perfect victim’: the wife of the abuser, a mother to a baby son, not involved in the immoral world of celebrity and stardom which might taint a woman who is more empowered or more financially independent than Sohail. But Sohail’s position as a wronged woman, coupled with her courage in going public and her refusal to back down, has provoked a kind of protective anger in many traditional Pakistanis, that has matched the growing anger in younger Pakistani women and men over the abhorrent state of gender relations in this country.

The legal fight to establish domestic violence as a crime has been a marathon of endurance and patience. Years of dedicated efforts by women activists saw the establishment of provincial anti-domestic violence bills over the last three to five years in Sindh, Punjab and Balochistan, although ultra-conservative KP is an exception; there, the bill keeps getting turned over to the Council of Islamic Ideology because of right-wing and religious opposition to it. There is still much lacking in the implementation or enforcement of the existing laws, but finally Pakistani women have legal recourse against a specific crime, which can encompass physical or mental torture, or even the prevention of a woman from achieving her economic livelihood.

The change in attitudes about domestic violence among the newer generation of Pakistanis did not come overnight either. It is being spearheaded by a generation that has grown up more exposed to ideas of universal human rights and women’s rights. Upcoming journalists, many of them women who identify as feminist, raised their voices to highlight Haider’s case, giving the incident prominent space in the press, especially on online platforms over which they have control as editors and journalists.

The takeover of this space has been an ongoing trend since last year’s inaugural Aurat March, where these same women and their male allies in the media have been regularly highlighting the problems and difficulties facing ordinary Pakistani women. This consistent message going out across social and traditional media about the need to speak up about harassment and abuse has softened the ground for a sea change; in the minds of many more people, domestic violence is not a silent scourge but an unbearable injustice about which something must be done.

The concurrence of all these burgeoning elements still clashes with an older societal need to maintain the patriarchal status of Pakistani women as passive and inferior, with no agency over their own lives and no right to physical safety or bodily autonomy. In Pakistan, where awareness and activism are often synonymous, the case of Fatima Sohail has galvanised women and men into believing that they have both the right and the power to bring this dark crime out into the light. They have decided that action, rather than silence, is what will better serve Pakistan’s women, and its society at large.