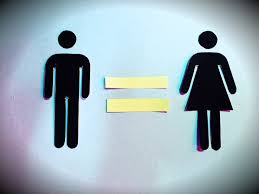 ISLAMABAD-UN Women on Tuesday launched the Essential Service Package in order to ensure that quality social services are provided to women and girls subject to violence in Pakistan. The ESP is a global joint programme of United Nations on essential ...

END_OF_DOCUMENT_TOKEN_TO_BE_REPLACED 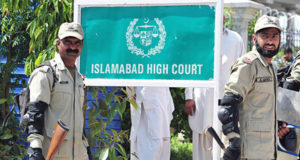 ISLAMABAD: Petitioners seeking disqualification of three members of National Assembly belonging to the PTI concluded their arguments in Islamabad High Court (IHC) on Tuesday. The court asked the lawmakers to advance their arguments on July 24. Abdullah Khan from Islamabad ...

END_OF_DOCUMENT_TOKEN_TO_BE_REPLACED 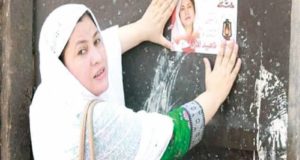 ISLAMABAD – In the tribal areas, women have been voiceless for centuries. Deprived of basic education and healthcare, women have suffered the most from this neglect and there was no women representative to stand up and speak for them. The ...

END_OF_DOCUMENT_TOKEN_TO_BE_REPLACED 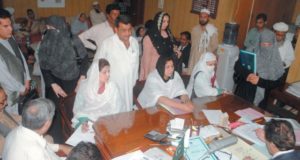 PESHAWAR: Local governments serve as an important avenue for getting practical experience in politics and decision-making before moving on to the larger, national arena and to advance women’s interests. This was argued by speakers in a policy dialogue on “Women Leadership ...

END_OF_DOCUMENT_TOKEN_TO_BE_REPLACED 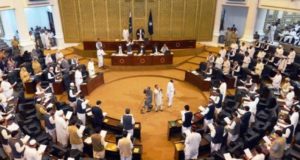 PESHAWAR: Discrimination in awarding women legislators in the K-P Assembly development funds and for other schemes has been the norm of the PTI led government ever since its first tenure in government in K-P, women legislators said. Previously, women lawmakers used ...