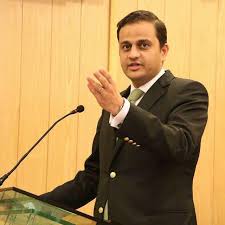 KARACHI- Spokesperson for the Sindh government and Adviser to Sindh Chief Minister on Law, Environment and Climate Change Barrister Murtaza Wahab has said that Pakistan People’s Party was the first party in the country that eliminated all forms of discrimination against women in all walks of life of the society.  Barrister Murtaza Wahab said that the PPP not only empowered the women but also ensured the protection of basic women’s rights. He said this while addressing as chief guest a reception organised on the launch of ‘Women on Wheels’ on Sunday.

Wahab said that Sindh was the first province to resolve the women’s mobility woes by providing them training of driving and riding from beginning to the end.

The adviser said that now the women didn’t have to look for others to drop them to their college, university or working place as they were now capable of driving a car or riding a bike by themselves. He said that Women on Wheels programme being launched in Sindh is a vital milestone.

Wahab also ensured full cooperation on behalf of the Sindh government to this landmark initiative. The Adviser said this initiative would not only help making the life of women easy, along with that it would also make them feel more confident. He said that after the completion of training the Sindh government would facilitate the girls to obtain their driving licenses without any difficulty.

Murtaza said that he would try to make it possible that all the women after the completion of their training obtain their driving licenses free of any charge or fee. The Adviser said that it would a gift to the daughters of this province from the Sindh government.

Barrister Wahab said that being a true Democratic Party, Pakistan People’s Party always believed in indiscrimination and its government always worked for the people regardless of their religion, sect, gender, cast or creed. The Adviser said that Shaheed Benazir Bhutto was the first ever Muslim Prime Minister of the Islamic world. He said that empowering the women of our country was one of the dreams of Shaheed Benazir Bhutto and the incumbent Sindh government of PPP was trying to turn her dreams into a reality.