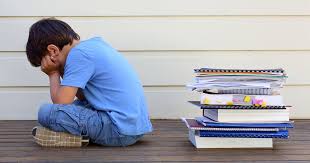 MITHI: Hardly seven per cent of Thari women are literate which is quite alarming. A real change in Tharis’ standard of living cannot be brought about unless girls of Thari families are educated as they are future mothers and have to groom their children in an environment where most men are also illiterate and cannot spare time to look after their children due to poverty.

This was observed by Pakistan Peoples Party (PPP) MNA Dr Mahesh Kumar Malani while speaking at a programme held at the Benazir Bhutto Cultural Complex here on Sunday.

Activists of various political and civil society organisations as well as education department employees and media personnel attended the programme, where speakers expressed their deep concern over the poor state of education system in this backward district.

Dr Malani noted with concern that teachers at schools were found taking more interest in political activities than paying due attention on educating their students and performing their duties. He said it was the prime responsibility of the state, government and public representatives to look after schools and focus more on girls’ education in Tharparkar district.

“I will personally take measures to ensure reopening of all girls’ schools,” he said, and stressed that girls must be imparted quality education so that they could nurture their children in a better way and compete in job market as well.

Dr Malani called for official monitoring of schools and regular updates about the facilities available to students. The officials concerned must ensure provision of missing essential facilities, he added.

District education officer (primary) Kewal Ram Suthar pointed out that as many as 217 posts of female teacher were lying vacant in Tharparkar. He called for a collective approach for inclusive betterment.

Barrister Arbab Fazalullah said that Tharparkar and its people deserved special care in the education and health sectors. “Hundred of schools, especially girls’, in this district are lying closed whereas the health department does not provide proper health facilities to patients,” he added.

Deputy district officer (social welfare) Malji Rathor told the audience thar there were 43 organisation working in the field of education in Tharparkar. “We must priorities the issues and own educational institutions in order to get them resolved,” he said.

Kamla Bheel, a women’s rights activist, appreciated the efforts being made by the Civil Society Support Programme (CSSP), which organised the event, and suggested inclusion of women activists in each mohalla committee. She said the women activist could help increase girls’ enrolment in schools.

CSSP project coordinator Sarang Ram Mathrani told the audience that 110 CSSP volunteers in the field got a total of 1,417 out-of-school children enrolled.