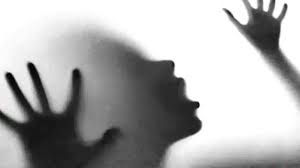 Posted by: admin in Gender Based Violence November 1, 2022 Comments Off on 2 arrested for brutally torturing six-year-old girl in Karachi 44 Views

KARACHI: A man and his sister were arrested for brutally torturing a six-year-old girl who was also sexually assaulted in Shah Latif Town, police and hospital officials said on Monday.

“She has been subjected to horrific sexual torture and physical mutilation. She has undergone immense psychological trauma,” the police surgeon said.

Quoting the doctors who examined her, she said that her one finger was cut, two other fingers were skinned and the wounds were two-three days old.

The victim girl told the doctors that her maternal aunt cut her finger, the police surgeon said, adding that she said the brother of her aunt also raped her.

She said that the girl was shifted to the National Institute of Child Health for treatment.

Malir SSP Irfan Bahadur said in a statement that an FIR had been lodged, the girl’s aunt and her brother taken into custody and a special investigation team formed.

He said that the victim girl was living with her maternal uncle for the past three months and the FIR was lodged on his complaint.

The girl’s uncle told police that he contacted her mother in Larkana and when she reached here on Oct 28 she found that her daughter was brutally tortured.

Inspector General of Police Ghulam Nabi Memon took notice of the incident and directed the Malir SSP that the suspects did not deserve any leniency.