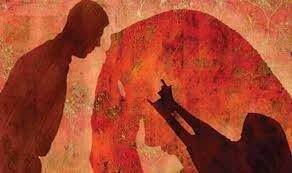 Posted by: admin in Domestic Violence 27 days ago Comments Off on Constable kills wife in Korangi 32 Views

KARACHI: A 24-year-old woman was shot dead allegedly by her husband, who is a police constable, in Korangi on Monday.

Area SHO Amir Azam Khan said that Saba was killed by her husband, Madani Raza, inside their rented home near Eidgah Ground.

He said that the suspect was arrested. During initial probe, he said that his pistol accidentally went off and the bullet hit his wife.

However, his in-laws disputed the claim and said their daughter was murdered.