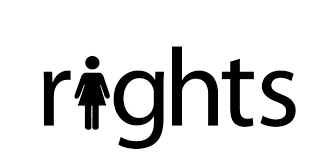 LAHORE: In a session on ‘Muslim Women, Laws and Sexualities’, researcher Afia Zia and Fauzia Viqar spoke about the family laws and Muslim women with respect to socio-political order, secularism and feminism.

Viqar spoke about the challenges and obstacles that women in Pakistan faced within the law and in society.

Fauzia Viqar said there were three or four basic laws that guarantee women their rights in a family system, including the Muslim Family Laws Ordinance (MFLO) formed in 1961, Dissolution of Marriage Act, the Child Custody Law and the Child Marriage Restraint Act, with amendments in 2017.

She said while these laws had made certain improvements there was a lot more left to do. She said the MFLO for the first time gave the right to divorce, the right to apply for khula (permission for divorce), and the right to refuse her husband another marriage.

She said it must be noted that the Christians, the Hindus and the Sikhs had their own marriage and divorce laws, although they too needed a lot of work on these to protect the women’s rights.

“We still see many problems arising from lack of implementation and the mindset starting from the judges down to the process servers,” she said.

She said the worst part was the discrimination between the ages of boys and girls in the Child Marriage Restraint Act where girls’ age is given as 16 years and boys’ age as 18 years.

“Whenever we speak about changing this, there seems to be an uproar as if we are going against the basic tenets of religion,” she said. “The same is the case with right to refuse polygamy. No one wants to accept this.”

Ms Viqar also spoke of protection of women post divorce, and said that women must be given financial support after divorce. Women’s right in marital property should be divided equally too.

Meanwhile, Afia Zia, a feminist, researcher and author of ‘Faith and Feminism’ spoke about the women in Pakistan and how they had changed under every regime. She addressed the post-9/11 situation with regard to women movements in the Muslim context.

She said Gen Zia had politicised women’s sexuality and painted the image of immoral women as those who were open about themselves.

“Zina became an easy tool to control women with, and was used by the state, by society and by families and parents,” she said. “Four decades later women are still easy targets and are being used to further establish patriarchy in different ways.”

Speaking about women’s movements, Ms Zia said a prevailing notion was that there had been no rural movements, but she counted out the lady health workers’ movement that managed to regularise their positions, as well as raise their salaries across Pakistan, the Sindhyani tehreek (beginning from rural Sindh) and the women councillors’ and the hari movements.

“There is a difference of political positioning between women activists and feminists,” she added. “Feminists take on issues that impact more than just women. They speak of human rights essentially.”

In a session ‘Fog from London to Lahore’, Dr Christina Corton and Ahmed Rafay Alam spoke about the fog (now smog) that infected London back in the Victorian era while today Lahore was also suffering similarly.

In an interesting presentation, Dr Corton showed pictures, cartoons, and paintings by people who depicted the infamous London fog, sometimes even known as the London particular.

Rafay said Lahore was suffering the same way and only Saturday’s air quality readings were 163 (AQ) and PM 2.5, which was double the limit. He said people must speak out against it.

Share0Pin0Tweet0LinkedIn0Email0
2019-01-13
admin
Previous: Women in Punjab being recognised
Next: The need for gender budgeting: Part – II