Karachi: The thing that counts most in the betterment of society and the development of the country is the emancipation of women and making them financially independent.

These views were aired

by Dr Ishrat Hussain, dean/director of the Institute of Business Administration (IBA), while inaugurating the Behbud Association’s Clifton Complex on Thursday morning.

“You are not just giving women good health but you are training them to be independent which would help them weather the storms of life confidently. This way, profits are ploughed back over time, with more money circulating.”

Dr Hussain said Pakistan was really fortunate that there were lots of philanthropic organisations like Behbud. “Please try and mobilise the human resource,” he said.

He was of the view that there were lots of philanthropic organisations in the country but very few had been able to sustain themselves. In that regard, he congratulated the Behbud Association on not only having sustained itself all these 45 years but also having grown and rendered yeoman’s service to the less fortunate.

“We do not just look to the corporate sector for our operations and cooperation but we also look to the less fortunate segment of society and every IBA student has to work with a non-profit NGO for a certain period to help the needy.”

Dr Hussain offered to the association to have one of his faculty members advise them on various matters, including philanthropic ones. He congratulated Behbud on the wonderful work it had been doing all these 45 years. “The cause you are pursuing calls for lots of financial support, but more than that, it calls for time and energy. We do realise that more than the money, it is the services rendered that really matters,” Dr Hussain said.

He talked of the entrepreneurial centre for women which had trained 50 women, and said by the end this centre would have satellite centres in the major towns of Pakistan.

Anjum Waris Khan, senior vice-president of the organisation, presented the vote of thanks.

Later, guests were shown around the highly impressive set-up by Zehra Masroor, complete with primary and secondary schools for boys and girls, the computer laboratory, the leather goods workshop, the handicrafts workshop and the vocational training centres. It was all a very impressive set-up, to say the least. 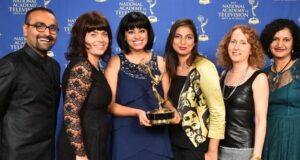 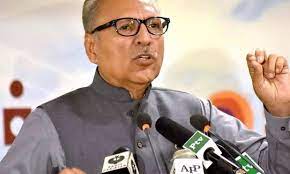 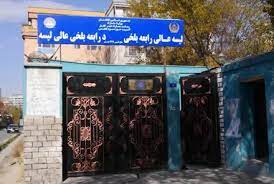