LAHORE: “My husband threw me and my children out of the house in the middle of the night, because I could not produce a son,” said R, who suffered both physical and mental abuse in what she initially thought was a ‘love marriage’ when she approached Dastak charitable shelter home for first time.

But even after she gave birth to two sons her husband still beat her up. This is the third time she has come to the shelter.

Three other women told similar stories to an audience comprising mostly students and teachers of social work department of the Lahore College for Women at a seminar. It was attended by representatives of AGHS Legal Aid Cell, Dastak, Interactive Resource Centre and Interfaith Youth in Action.

The case studies pointed to the violence that women endure in their daily lives. The seminar was meant to discuss how Dastak was helping these women deal with such situations and how other women should help.

Dastak Crisis Manager Robina Shaheen said women of all ages should keep in mind that violence could come from any side, including close family members. In fact in most cases sexual abuse and violence began at home, she added.

Shaheen said most women who seek help from Dastak were those who were threatened by their husbands that they would snatch their children, especially if they had no family to support them, whose sons were given education but not their daughters, sexually abused by family members and no one believing in their complaints at home, forcibly married off, or could not marry of their own free will etc.

She gave practical solutions to the college students on how to tackle a potentially threatening situation at a public place. She advised them never to leave the public eye and go into deserted, dark areas, especially where there were bushes; if someone was stalking, harassing or threatening them the matter should be made public at once, and complain to the police if need be.

She said anyone could be a potential threat to personal security and therefore to never let out personal information, especially online. She said in case of public place harassment a complaint could be lodged at any police station under Section 509 of the Pakistan Penal Code or the police could be called at 1215.

The “ring the bell” campaign in India was also beneficial. When domestic abuse could be heard in a house, someone must ‘ring the (door) bell’ or cause some other distraction to help break it up.

She said though police often claimed domestic violence was a ‘domestic affair’, it was not. She also advised the audience that if a child suddenly became quiet, inhibited and did not eat or sleep well the matter must be given immediate attention as s(he) may be a victim of abuse.

AGHS Advocate Sabahat Riaz deplored that women rarely used the laws available for their own security. She said apart from Section 509, marriage contracts (nikah namas) had clauses giving women certain rights but these were crossed out by the family or cleric. She cited the Cyber Crime Ordinance (Telegraph Act), where FIA could be sent complaints, the Sexual Harassment at the Workplace Act etc, in this connection.

Meanwhile, Muhammad Waseem from IRC said men often resort to violence because they themselves were caught in a vicious cycle of expectations. This pressure of fulfilling societal expectations often led to violence. He said it took time but social practices always changed.

Shahid Ahmed Ghauri briefly told about his work in the Interfaith Youth in Action group where they also focused on spreading literacy among women. AGHS advocacy director Saba Sheikh urged students to come forward to volunteer for the cause and offered them training. Head of Department Erum Shahid concluded the seminar. 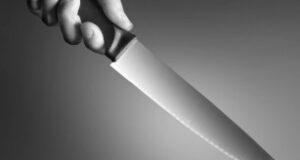