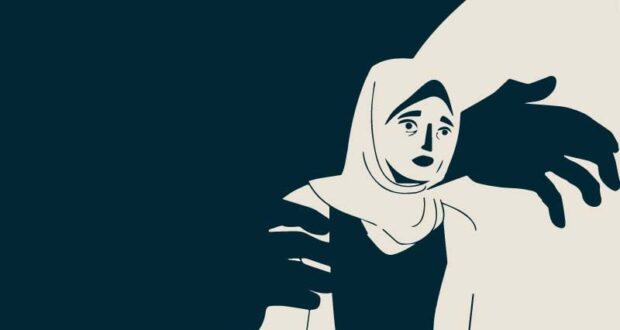 Posted by: admin in Views and Opinions 25 days ago Comments Off on Women afraid of city’s transport options 42 Views

KARACHI: When Hira Arif, a beautician, completes her shift at night, there are barely any public transport options plying Karachi’s roads. Resultantly, she has to resort to pricey and often unsafe alternatives like rickshaws, cabs, or ride hailing services.

“I get free from work around 9.30pm and all the buses and minibuses which are available in the afternoon are long gone by that time,” Hira lamented, “the other option is private transport, which costs Rs350 to Rs400 for a one way trip.” However, sometimes it is not the pricing that is the issue for women like Hira but the fear of being harassed or assaulted whilst travelling alone at night. “By the time I get free the only relatively cheap mode of transport are the 9-seater rickshaws.

However, I have to wait for a rickshaw which has a majority of female passengers as male passengers make me worry for my safety,” informed Khalida Begum, a house maid who works in Nazimabad and Karimabad. Waiting for more women to be seated on a rickshaw means that Khalida often gets home late in the night and cannot tend to her family like she wants to. “It is a tragedy that there is no public transport for women at night.” Similarly, Anees Imran, who works as a staff nurse in a government hospital in Malir, said that she worries for her safety every night. “As a woman it is deeply unsettling to wait at bus stops at night. They are full of men who stare and sometimes misbehave,” Anees informed.

Consequently, she has to rely on private transport which takes a big chunk out of her salary but the fear of being harassed remains ever-present in her mind. The same fear occupies Perveen Farooqi’s mind as well by the time she closes up her tailoring shop and gets ready to go home. “It is very difficult for a woman to travel in a rickshaw or taxi alone at night because the number of incidents of harassment have gone up.” Perveen demanded that the government should focus on increasing public transport options which expressly cater to women. Nimra, a student of a private university who teaches part-time in the evenings, concurring with Perveen’s demand, said that the government needs to address the difficulties faced by women travelling alone. “Every night I have to wait for a long time to get a rickshaw which has more female passengers. It is inviting trouble for oneself to travel with male passengers,” she remarked.

All the working women the Express Tribune interviewed were of the view that this society offers no protection to women. Babboo Bhai, a rickshaw driver from Liaquatabad, agrees. “Women avoid using rickshaws late at night due to a majority of male passengers. Whenever we pick female travellers, we avoid picking up men so they feel safe,” said Babboo Bhai. President of the Karachi Transport Ittehad, Irshad Bukhari, concurring with the rickshaw driver, said that women prefer buses and minibuses because they have reserved seats for women. However, as per Irshad, it was unprofitable to run buses at night due to the exorbitant fuel prices. Mehnaz ul Rehman, regional director of a non-governmental organisation (NGO) working for women, opined that it was the government’s job to introduce a better public transport system for Karachi keeping women’s needs in mind.

Zehra Khan, representative of another NGO, was of the view that the government would not do much regardless of how many women were affected. “They know that this society is not safe for women. However, they have not taken any practical steps to empower women,” Zehra said.

How to End Violence against Women and Girls?