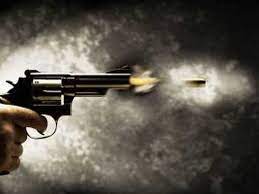 A man killed his aunt at their house located in Gulshan-e-Hadeed Phase II within the Steel Town police’s limits on Saturday night.

The body was rushed to Jinnah Postgraduate Medical Centre. The deceased was identified as Gulshad, 45.

She had married again after her first husband died in 2012, police said, adding that she was present at her house with her daughter when her nephew arrived and escaped after shooting her. She was shot thrice and died on the spot.

The daughter remained unhurt in the incident. The deceased hailed from Balochistan and the motive behind the incident is yet to be ascertained.