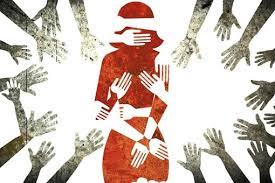 Posted by: admin in Gender Based Violence 21 days ago 0 12 Views

According to the police report, the suspect identified as Fahad Arshad, the son of Muhammad Arshad and a resident of Sadhupura along with his accomplice called his girlfriend to a hotel on the pretext of having dinner.

When the victim reached the hotel near Lorry Ada, the suspect Fahad took her to a room he had booked where he allegedly sexually harassed her. When the victim resisted, Fahad allegedly threatened to kill her and sexually assaulted her. He later dropped her home.

The victim told police that the accomplice identified as constable Ghufran of Chowki Lorry Ada had also threatened the victim to remain silent over the rape incident.

Civil Lines police arrested Ghufran, Fahad and the hotel manager named Tanveer Ahmed, the son of Khushi Mohammad and a resident of Chak No 68JB. A case had been registered against the three suspects under Section 376 PPC and further investigation was underway. Meanwhile, the city police officer suspended the constable who was allegedly involved in the rape incident.

Moreover, two other women were raped in the city. Police registered cases and starting searching for the suspects. According to the police report, a stand had been taken in the case filed by Nusrat Bibi, daughter of Bashir Ahmed and a resident of Chak No 158RB that the suspects Saddam, Zeeshan and others approached her claiming that her son Ali Raza was asking for food.

The complainant’s 18-year-old daughter who was present in the house went out to take food for her brother when the suspects kidnapped her at gunpoint and took her to Saddam’s house on a motorcycle and gang-raped her. Jhumra police registered a case under the provisions of 376 PPC and started searching for the alleged rapists.

Separately, a woman, a resident of 202RB Gutti area, told police she befriended Shahid, a resident of 204 Chak Sunatpura, a year and a half ago. Shahid had introduced himself as CDU branch police and claimed he was posted in Madina Town police station. The victim alleged Shahid called her at Bhaiwala area and raped her. The suspect allegedly filmed the rape incident. He also repeatedly made promises to the victim of marrying her. Millat Town police started raids to find the suspect.

Sexual violence against women was rampant across Punjab. On August 10, a young girl was allegedly gang-raped in Chak Jhumra.

On August 18, a woman in Lahore was allegedly gang-raped by three men who lured her to a house at Raiwind Road for a job interview.

Reportedly, the victim was visiting Lahore’s General Hospital to get medicines when she encountered the suspects, Irfan and Farman. During a conversation, the woman told the suspects that she was in need of a job. The accused had taken the victim’s cell number and a few days later, asked her to visit the Mir Chowk, Raiwind Road area for a job interview and bring along Rs140, 000.

When the victim reached the spot, the suspects held her hostage, looted her and then sexually assaulted her.