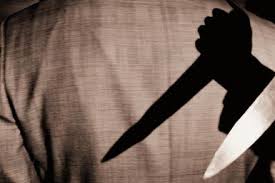 PESHAWAR: A woman allegedly stabbed a man to death in a park in the limits of the University Town Police Station for harassing her, police told reporters on Tuesday.

A man in his early 30s identified as Mohammad Ismail of the Tangi town in the Charsadda district had been stabbed late on Monday. The wife of the deceased later approached the University Town Police Station and lodged a report.

“While investigating the case, we arrested a woman in her mid-40s who was working as a maid in few houses here. After hours of interrogation, she confessed to having killed the man as he, she alleged, had been constantly harassing her since long and she wanted to get rid of him,” DSP, University Town told The News.

The accused is a relative of the deceased. The accused is said to be supporting her family including a handicapped brother for years. There have been a number of cases in which woman complained of being harassed by men. However, only a few cases are reported to police in which women take the extreme step of killing.