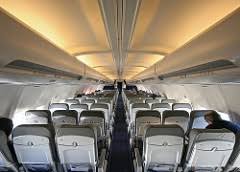 Life in the aisle

Working life for women who are employed as waitresses, flight attendants or bus attendants is not a very pleasant one. The manner in which they can be abused and vulnerability to intimidation has come across in a video that has gone viral over social media. The video shows a bus attendant on a bus leaving Islamabad for Lahore being threatened by a male passenger, apparently for failing to hand him an extra bottle of water. The man is heard threatening the young woman of dire consequences. The man’s claims that he worked with the FIA have not been verified and are being denied. According to eye-witness accounts, other passengers did attempt to prevent the unpleasant altercation and express sympathy with the visibly disturbed attendant. However, the fact that a woman going about her professional duties can be subjected to such abuse and treated as an object rather than as a person underscores some of the flaws running through our society.

Women who work in public positions that are perhaps not considered prestigious are especially at risk. In another case last year, a bus attendant was murdered for turning down a marriage proposal from a security guard. To fix these issues, a change in mindset needs to be addressed holistically, while in the shorter term companies and organisations also need to play a bigger role in protecting staff members, notably women. The offensive passenger was thrown off the bus by the motorway police. However, we have little evidence that the company running the bus service has done very much to warn such passengers that their behaviour will not be tolerated. Instead, female employees in many organisations have made complaints of harassment or ridicule by those who engage them. The matter needs to be taken up by women working in such positions, perhaps through labour unions, and also by groups which work for the rights of women. While the increased number of women working in buses or in restaurants or in other service industries is a welcome step to empowering women by granting them employment, these workers need to be offered protection from the misogyny that is regularly on display in this society.