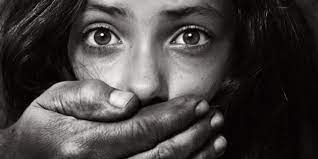 Posted by: admin in Gender Based Violence 15 days ago 0 6 Views

KASUR: An elderly woman was abducted and raped by a rickshaw driver near Abid Dispensary in A-Division police limits.

Ali Raza told police that accused Jaffer kidnapped his mother and raped her. Meanwhile, a man tried to rape his sister-in-law near Ghman Kay village. The wife of Sadaqat told police that her brother-in-law M Wakil entered her room at night and tried to rape her but she raised a hue and cry and he fled. Lightning kills man: Lightning killed a man as heavy rain lashed Kasur on Friday. Rainwater inundated roads, low-lying houses and shops and caused severe troubles for the residents. The rainwater’s flow was so fast that an official vehicle of DSP City was swept away. The lightning hit Ashraf near Araiyan village of Bhago when he was working at his fields. As a result, he died on the spot. Two buffaloes of Sikandar also died when lightning struck them.