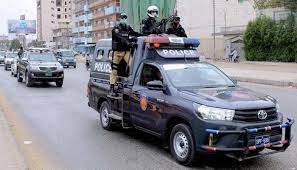 Posted by: admin in Gender Based Violence 13 days ago 0 9 Views

KARACHI: A policeman in Karachi has been arrested, along with five other suspects, over charges of raping a young woman, Geo News reported, citing police officials, Saturday morning.

A case has been registered. The FIR includes a rape charge and a charge for threatening to murder the victim.

The victim told the police that the cop, Usman, used to give her weapons to make videos and used to drive her around in his mobile.

She said she was interested in joining the police, adding that Usman took her to a guest house and raped her under the pretext of getting her a job.

Usman kept blackmailing and abusing me by making videos, she alleged in her statement, adding that to lodge a complaint, she went to the Zaman Town police station, where the cop raped her again.