Latest News
Home / Gender Based Violence / Violence against women – a crime only on paper? 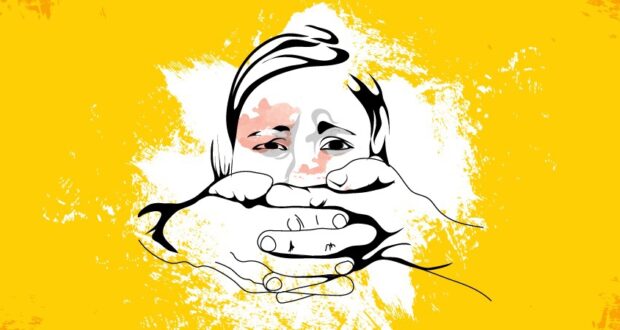 Violence against women – a crime only on paper?

Violence against women in Pakistan is both – a crime and a socially accepted norm. Although the country has laws that protect women from violence, the state has seemingly absolved itself of the responsibility to enforce these laws.

During a session titled ‘Aurat Pe Tashaddud Kyun?’ at the 2nd Women Conference, organised by the Arts Council of Pakistan Karachi, on Sunday, panellists highlighted the intensity of violence faced by women and the failure of state institutions to respond effectively.

Human rights activist Anis Haroon stressed that education plays an important role in taking action against violence. Women should be told about their rights and the laws present to protect their rights, she said. “We do have laws in Pakistan but the reason why they aren’t implemented is that our societal values have not changed, women are still considered as second-grade citizens.”

Elaborating further, Haroon said, “We passed laws against child marriage as per international standards, but if a 13-year old girl is forced to get married, our courts don’t have enough audacity to challenge Article 2(A) because that would then be against our religion.”

Speaking on the occasion, Sindh Police DIG Abdul Khaliq Shaikh emphasised that it was important to acknowledge the crime and the intensity of the violence.

Shedding light on the loopholes at the state-level, Shaikh said in cases of domestic violence it has been observed that more frequently than not, the police and other relevant authorities prefer solving the situation informally as they consider domestic violence a personal matter.

“The influence of prevalent social attitudes, lack of coordination between authorities and civil society, absence of a database, lack of research and lack of medical examination centres are some of the problems that create hurdles in solving issues involving violence against women,” the DIG identified.

Endorsing Shaikh’s views, lawyer Sara Malkani mentioned two problems that exacerbate difficulties for the victims of violence. The issues included the lack of guidance from police officials and the absence of urgency when it came to issuing protection orders.

She said the courts should understand the urgency of protection orders and should hire more protection officers in the country.

Nazish Brohi, a consultant in the social sector, observed that the problem was the normalisation of violence in our society.

She emphasised that the concept of violence is misunderstood in our society. “In Pakistan, the person who is the culprit is protected while on the other hand our society as a whole patiently ignores issues which should be highlighted.”

However, Brohi expressed optimism for the future. “We can see some change, and with continuous efforts, we will see more changes in our society.”

Addressing the 70 per cent male audience present for the session, Medical Officer Noorun Nisa said that the only reason behind the increase in violence was that punishment is not given on the spot.

She vocalised her views about the insensitivity of the courts while referring to rape cases. The person who commits rape is treated with respect and is even given a chance to prove himself innocent even though they openly acknowledge their offensive acts, she observed.

Shedding light on the slow progress of legal procedures, Nisa said that in the current age women are not naïve and they do report against violence and file cases against the guilty. However, by the time the cases reach the final stage, things change, she noted.

All the panellists agreed that the lack of implementation of laws was the biggest hurdle. They observed that women in Pakistan have an inherently paradoxical relationship with the state – on one hand, the state gives women rights in the form of constitutional guarantees, but on the other hand it takes away these rights by refusing to implement these laws or take measures to create conditions under which these rights can be realised.’