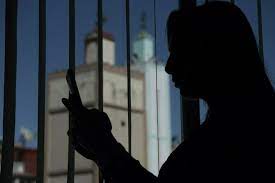 Posted by: admin in Gender Based Violence September 26, 2022 Comments Off on Violence against Women 19 Views

It seems that there is hardly a news cycle in a week where a horrific instance of violence against women does not make the headlines. Last year, the stomach-wrenching details of the murder of Noor Mukaddam sent shockwaves across the country, and we vowed that we would make Pakistan a safer place for women, where they would be free from violence both in and outside the home. However, since then we have had countless incidents of domestic violence, including the most recent one to make the news, that of the murder of Ayaz Amir’s daughter-in-law.

Sexual assault and violence against women is still a common, unaccounted-for occurrence and tradition in Pakistan and it seems that only with video evidence, or civil society outrage does the State feel compelled to take prompt action. This case received attention mostly due to the victim’s privileged status and the involvement of Ayaz Amir, a known personality.

There are countless other cases of domestic violence and murder which are just brushed under the rug. Moreover, in most parts of society, assault against women is viewed with victim-blaming narratives—this case shows that even when a woman follows all societal rules, due to male dominance and lack of protection from the law, she is still vulnerable to abuse, even by her father, brother or husband.

We must not become de-sensitised to this gruesome menace. A whopping 8,797 cases of violence, rape, assault and harassment against women were reported in Punjab in 2020. Contrary to public perception that urban areas are safer than rural, the highest number of rape cases in 2020, 4,732, were reported coming from the provincial capital, Lahore. This shows that despite a domestic violence law and numerous helplines set up, domestic violence is still an unfortunate reality in our society and shows no signs of abating. These are not isolated incidents, and we have a crisis of masculinity at our hands.