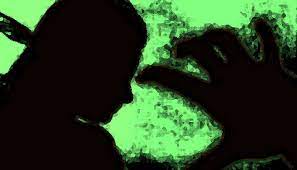 Posted by: admin in Gender Based Violence August 17, 2022 Comments Off on Two women tortured over litigation in Okara 23 Views

OKARA: An elderly woman and her daughter-in-law were severely injured by their rivals over litigation at Chak 39/4-L.

A first information report (FIR) was registered on complaint of 70-year-old Munira Bibi, a resident of Jinnah Abadi Scheme. She, along with her family and grandchildren, was at home when her old rival Imdad Husain, with whom she was involved in some court cases, entered the house.

He was accompanied by 13 accomplices, including six women of his family. Imdad asked his accomplices to thrash Munira and her daughter-in-law, Nawab Bibi, as they had declined to reconcile with him in two court cases over a piece of land.

Imdad and accomplices allegedly used weapons and iron rods to beat both the women who received multiple injuries. The villagers rescued the women from attackers. The suspects made a video of the incident also.

Police claimed to have arrested Imdad.