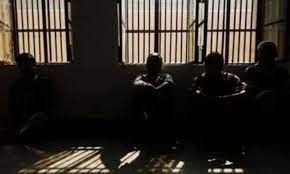 Posted by: admin in Gender Based Violence August 17, 2022 Comments Off on 15 booked for abduction, sexual assault 28 Views

She said that she had friendship and family terms with her school fellow ‘A’.

She said that her plight began when her friend’s brother ‘D’ proposed her for marriage, but she and her family rejected the proposal.

She said on Aug 8, when her brother ‘H’ returned form UK, the suspect ‘D’ and his 14 accomplices arrived at their house and forced her brother to accept the marriage proposal.

She said when her brother rejected the proposal, the suspect and his accomplices tortured her and ‘H’ and forcibly took them to D’s house where they again thrashed them.

She said the suspect also forced her to lick his shoes, shaved her head and an eyebrow and filmed the humiliating episode.

The suspect then took her in another room where he subjected her to sexual assault and recorded the act.

She said the suspects also snatched their costly mobile phones, and extorted Rs500, 000 and gold ornaments worth Rs450, 000 from them.

The complainant said the suspects also demanded Rs1 million and threatened that if the amount was not paid, they would upload the video clips on social media.

City Police Officer Umar Saeed Malik said a team headed by Madina Town police division SSP had arrested six of the 15 suspects, assuring the complainant that justice would be done.