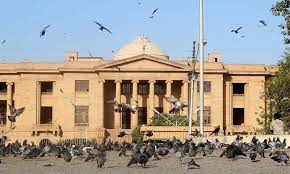 Posted by: admin in Miscellaneous News September 15, 2022 Comments Off on Two get bail in girl’s kidnap case 13 Views

A session’s court on Wednesday granted post-arrest bail to two brothers charged with kidnapping a teenage girl and solemnising her illegal marriage.

The brothers, Zaheer Ahmed and Shabbir Ahmed, were arrested after the court revoked their interim pre-arrest bail on Aug 30.

The teenage girl is currently living in a shelter home following her recovery from Punjab.

Special Gender-Based Violence Court (East) Judge Ilyas directed Zaheer Ahmed, purported husband of the 15-year-old girl, and his brother, Shabbir Ahmed, to furnish a surety of Rs200,000 each to secure their release.

However, the judge cleared that the “release of the suspects on bail is not meant to give them favour but make them face the trial, which, otherwise, is the sole object of every charge/allegation that it should meet legal fate, which is subject to trial and not by keeping the accused behind the bars”.

“Moreover, release of accused on bail does not amount to his acquittal but his judicial custody is transferred to a private person who is bound to produce the accused person before the Court,” the judge ruled.

The judge maintained that the prosecution would be at liberty to seek cancellation of their bail if the applicants attempted to tamper with the case evidence or obstruct the investigation and do not cooperate in the probe.