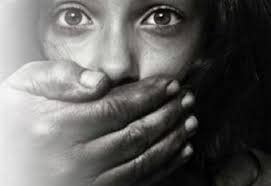 Posted by: admin in Gender Based Violence 23 days ago 0 27 Views

MUZAFFARGARH   –  Two female fake peer brutally tortured a minor girl to get her free from evil spirits here at Qasba Shahjamal on Sunday.

The two fake faith healers told Zarina that her daughter had been possessed by the evil spirits and they could force them to leave from her daughter’s body.

Both the faith healers started beating the minor girl which resulted into her death due to serious head injuries.

The Shahjamal police have registered the case against the fake peer and speedup action to arrest them as soon as possible, police sources added.

IG Punjab sought report from RPO DG Khan on gang-associated sexual assault of a girl who was studying in local private nursing academy.

Police Station Beet Mir Hazar, tehsil Jitoi had registered FIRs against five people including the principal, vice principal and three of their accomplices on report of the girl (N). However, according to the police all of the accused people managed to secure interim bail in the case until third of May, next month, from the court. The victim reported in FIR that she was being sexually abused for three consecutive days by the principal named Ikramullah with four of his accomplices including vice principal of the academy.

She said that she was being pressed repeatedly by the culprits who were local landlords, for holding reconciliation with her in the case.

Academy’s principal, on the other hand recorded statement to the police as the girl was his wife and she had contracted marriage on April 4 through Nikah Registrar named Qazi Muhammad Imran, in presence of witnesses namely Muhammad Jahangir and Muhammad Mutakee. But all of the three persons including witnesses and marriage contractor rejected claim of the principal for being remained part of the marriage.

The victim said to the police that accused had prepared fake marriage contract in order to flee from punishment. Further investigation was underway.