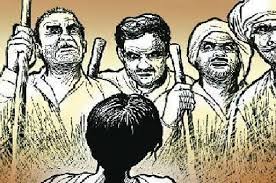 Abull and a few months spent under trial in jail is the price paid by nine men for stripping a teenaged girl naked and then parading her through a village in Dera Ismail Khan of Khyber-Pakhtunkhwa province. The incident sparked a manhunt and a four-year quest for justice in the ‘honoured’ lands of Pakistan. The result? All the accused have been ‘pardoned’, raising a big question mark on the justice system in the country.

The harrowing incident surfaced four years ago. The details of the ordeal, narrated by the girl and her family, were hair-raising. While the police acted swiftly to apprehend eight of the accused, the lead suspect fled abroad. What followed next showcased the limits of our police, criminal investigation and judicial system. Police could not trace the main suspect nor were its forensic sleuths able to unearth a video that was allegedly recorded by one of the accused.

But to understand how, after committing such a heinous crime, the culprits got off with a mere slap on the wrists, it is important to critically analyse each and every segment of the process. While the police acted swiftly in favour of the victim and even provided them with security, they also grossly sabotaged the case. The culprits were, deliberately, not booked under the relevant laws otherwise they would still be in jail and staring at either the gallows or life in prison. The court, despite religiously hearing the case, failed to award punishment equaling the severity of the crime and returned the case to the local court which accepted the decision of a local jirga to settle the matter.

The whole saga the bitter reality that while scores of women are killed in the country every year in the name ‘honour’, the culprits go scot free. And the victimised women have to carry the trauma – as well as humiliation – for the rest of their life. Perhaps for women in Pakistan, a system that claims to protect them has no honour left. 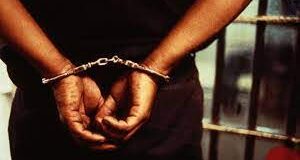