Posted by: admin in Featured, Honour Killings March 24, 2014 Comments Off on Three murdered for ‘honour’ 838 Views

SARGODHA: Three people, including a woman, were murdered while another was injured in separate incidents on Saturday.

Police said a girl of Kot Marri, Kotmomin tehsil, had eloped with Faisal Nadeem on Friday night. On Saturday morning, her brother Saqlain Abbas found the couple at Bhabhra village near Data Kinno Factory and shot them dead.

The bodies were shifted to the THQ hospital Kotmomin and police have registered a case.

Meanwhile, Omar Hayat axed to death Asif of Lallian and injured his wife Nazia. The body and the injured woman were shifted to the THQ Silanwali. 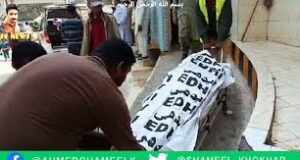 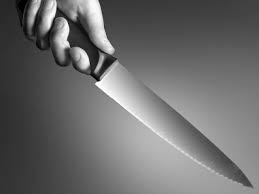