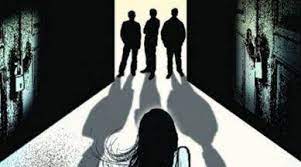 Posted by: admin in Gender Based Violence August 24, 2022 Comments Off on Three men gang-rape woman 23 Views

ISLAMABAD: Three men criminally assaulted a woman for more than 12 hours in a house on Kashmir Square in the federal capital.

According to the FIR registered by the Secretariat Police Station, the woman, a resident of G-12, was called by one Abdullah to show her round a house which she intended to rent on Kashmir Road.

The victim said she reached on Kashmir Chowk at 7pm from where one Saad brought her to his house.

She said Saad raped her for for several times after locking her son up in a separate room.

The complainant said Abdullah came at 11 pm and snatched her gold chain before sexually assaulting her for many times.

The woman said an unknown friend of the two suspects also raped her twice before she was allowed to go home. She said the suspects once again called her to visit their place and threatened to kill her and her son if she told anyone about the incident. The case was registered on August 19.