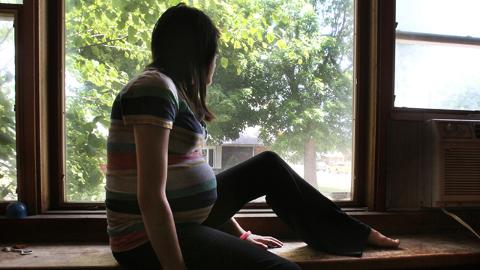 As per the details available with The Express Tribune, the 13-year-old girl was sexually assaulted by unknown persons who abandoned her when her condition deteriorated.

As a result of the incident, the minor girl was diagnosed to be pregnant for 14 weeks.

The Child Protection and Welfare Bureau (CPWB) sent her to Darulaman after medical treatment.

According to the police report, it was revealed in the case filed by CPWB In-charge Rubina Iqbal Cheema that Chak Jhumra police received a call on Rescue 15 on November 10, 2020, that an orphan girl had been found in the city.

Police took her into custody and took steps to find her family. When no heirs were found, the child was taken into custody by the CPWB on November 11 last year. The bureau started looking for the girl’s family. However, no information was found about the family of the minor girl who was later sent to Darulaman.

On December 30, the superintendent of the rescue home in Darulaman said that the girl needed medical attention. A medical examination was conducted to check the teenage girl’s health after which, on December 31, the Child Protection Court ordered the Civil Hospital MS to provide treatment to the girl.

On January 7, an ultrasound and a pathologist’s report revealed that the girl was 14 weeks pregnant. The rest of the medical reports were yet to come from the forensic laboratory.

When the girl was asked about her condition, it was concluded that she had been sexually assaulted by unknown persons.

Chak Jhumra police registered a case against the unidentified suspects under Section 376 of Penal Code and Section 34 of Punjab Destitute and Neglected Act 2004, and started searching for them.

Regarding the sexual assault incident, Chak Jhumra SHO Abid Jutt said that steps were being taken to find the men who had raped the girl.

The CPWB official remarked that a tragic incident had taken place in which unidentified assailants raped a minor girl who was not willing to open up about her family and the alleged rapists. “A psychological evaluation as well as medical examination of the teenage girl was also being done.” Punjab Chief Minister Sardar Usman Buzdar took notice of the incident and sought a report from the authorities concerned.

On the other hand, CPWB Chairperson Sara Ahmed said that the minor girl would be brought to Lahore and taken care of.

Police were investigating the sexual assault incident. Incidents of sexual violence against minor girls have been rampant across the province.

On January 18, a minor girl was sexually assaulted in Dijkot.

The 10-year-old girl was abducted and raped by a motorcyclist in the Razaabad area. He later threw the girl unconscious near Lasani Bridge.

The minor girl had left her home in the afternoon to buy vegetables. The motorcyclist lured her out of the way, abducted her and took her to an unknown location where he sexually assaulted her.

He later threw the girl unconscious near Lasani Bridge in Sargodha Road area and fled.

Passersby spotted the unconscious and injured girl and reported the incident to Rescue 15 who shifted her to Allied Hospital Faisalabad.

Meanwhile, the relatives of the victim searched for the girl on their own. After she did not return home, they informed the police who had received a report that a 10-year-old girl was lying unconscious in hospital.

When the relatives of the victim rushed to the hospital, they came to know that the sexually abused girl was their daughter.