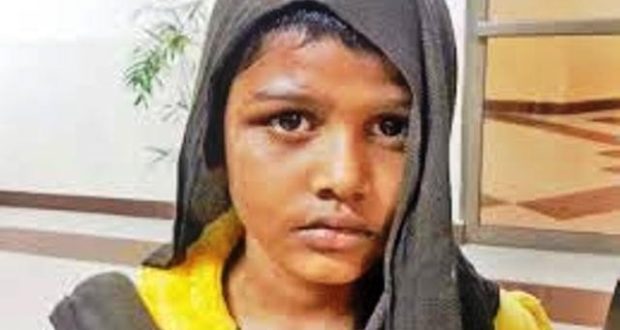 Posted by: Web Desk in Gender Based Violence 13 days ago 0 86 Views

ISLAMABAD: The Supreme Court on Friday set aside Islamabad High Court’s (IHC) June 2018 order to extend the sentence of former judge and his wife in the Tayyaba torture case.

A three-member bench of the Supreme Court, headed by Justice Musheer Alam, announced the ruling today.

The IHC in June 2018 had extended the sentence the couple from one year to three years in jail and imposed an Rs50,000 fine and another six months for trying to destroy evidence.

The case had grabbed the country’s attention in December 2016 when the judge and his wife were booked and were later charged for allegedly assaulting, confining, ill-treating, neglecting, abandoning, harming and injuring the minor housemaid.

They were found guilty of keeping the girl in wrongful confinement, burning her hand, beating her with a ladle, detaining her in a storeroom, and threatening her with even worse. The couple had pleaded ‘not guilty’ after they were indicted and stood trial.

Previously, an IHC’s bench had held the couple guilty of harming, neglecting and abandoning the juvenile housemaid employed at the judge’s residence in the capital.

In April 2018, Justice Farooq had sentenced the couple to serve one year in prison and fined Rs50,000 each under Section 328-A of the Pakistan Penal Code (PPC) which was later extended by the IHC.

The couple, however, could not be arrested as they immediately obtained after their conviction against a surety of Rs50,000 each.