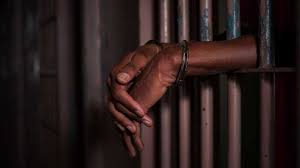 PESHAWAR: Declaring the suspected rapist and killer of minor girls a psychopath, the Peshawar police on Monday said the DNA testing of the 20-year-old accused linked him with the offences.

Provincial Inspector General of Police Moazzam Jah Ansari told reporters at the Central Police Office here that the DNA testing by the Punjab Forensic Science Agency (PFSA) had confirmed that the arrested embroider had sexually assaulted three minor girls before killing two of them.

“We [police] have received the DNA test results from the PFSA that show a positive DNA match from the samples collected from girls to the accused’s,” he said.

The Peshawar police had arrested the young man last Thursday for sexually assaulting three girls and killing two of them on three consecutive Sundays in different parts of the cantonment area. The crimes were committed on July 3, 10 and 17.

The IGP said the police would work ‘very hard’ for the accused’s conviction.

“I’ve directed the capital city police officer of Peshawar to take the prosecutor on board from the start of the trial as the latter has to plead the case before the court,” he said.

Mr Ansari said the police had done their job and were optimistic that the accused would be declared guilty.

He said a specialist was being hired for the psychiatric evaluation of the accused.

The police chief said initial interrogation suggested that the accused was a psychopath and that he was molested in his childhood with the incident leaving an indelible imprint on his memory.

He said the investigation also suggested that there could be an ‘element of vindictiveness in the assaults’.

Mr Ansari said the accused had once tried to strangulate his mother after having an argument over his marriage.

He said the accused had no social encumbrance and gave nothing from his earnings to the family and spent all that on his activities.

“We have many such characters around, who do not bow to moral, ethical and legal bounds, so the accused is a psychopath,” he said.

The IGP said the police would try to get the accused’s physical remand extended for interrogation in connection with two assault and murder cases other than the one in which he was in custody.

He said it was not immediately clear if the accused was involved inother similar acts.

Mr Ansari, however, said the accused informed investigators aboutanother assault attemptby during a stay in Rawalpindi.

When asked about targeted killing of the police personnel in the province, he said many groups were involved in such attacks.

“We [police] have identified the killers of two police personnel in Mattani area of Peshawar as members of a militant outfit. They have nothing to do with the banned Islamic State’s Khorasan chapter.

Regarding the attack against police in Nowshera, the IGP said it was carried out by criminals and not militants. He said 63 policemen had been martyred in terrorist attacks during the current year.

When asked about the incidents of extortion, Mr Ansari said the culprits were using Afghan, UAE and Saudi SIMS cards to make WhatsApp calls for the purpose, so the police couldn’t locate them.

He said in such cases, the police had approached the relevant authorities in the countries, where those mobile numbers were registered, for blocking under the ‘mutual legal assistance’.

The IGP said the police had killed 101 terrorists in the current year, while those involved in all major attacks had been traced.

He declared the overall security situation in the province challenging but said it was not alarming.

Mr Ansari said after a decline for four-five years, the incidence of terrorist attacks had surged in the province.