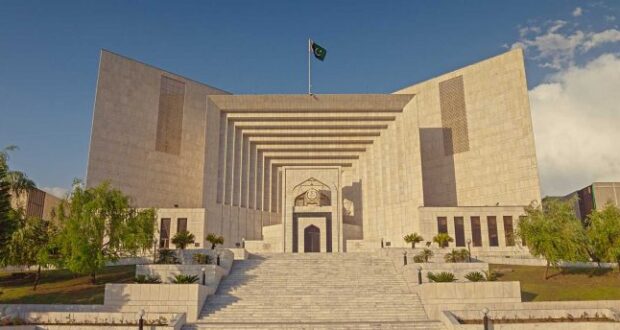 Posted by: admin in Gender Based Violence August 26, 2022 Comments Off on Supreme Court (SC) commutes sentence of rape accused 36 Views

ISLAMABAD: The Supreme Court of Pakistan on Thursday commuted the sentence of a rape accused from 25 years to 10 years on lack of solid evidence. A two-member bench of the apex court comprising Justice Qazi Faez Isa and Justice Syed Mansoor Ali Shah heard the appeal of the man convicted in a rape case.

Qari Rafique, living in the jurisdiction of the Tarnol Police Station, had been convicted by a trial court of raping his niece, 12, and awarded 25 years of rigorous imprisonment. The high court had also upheld the sentence against which he had filed an appeal in the Supreme Court of Pakistan.

On Thursday, during the course of hearing, Ayesha Tasneem, counsel for the appellant, submitted before the court that no solid evidence was available on record against her client, adding that the final report of the doctor was not submitted while the DNA test also came negative.

The counsel pleaded with the court to commute the sentence of her client as the legal heirs of the victim had also pardoned him. Advocate General Islamabad Jehangir Jadoon supported the plea of the appellant for commuting his sentence on which the court observed that the victim as well as her mother had pardoned the accused. Justice Isa observed that as the offence was not compoundable, the accused was awarded sentence despite the fact that he had been pardoned by the affected family. It is pertinent to mention here that the incident occurred on December 12, 2011and the police arrested Qari Rafique on August 26, 2012. He is imprisoned in the Adyala Jail.