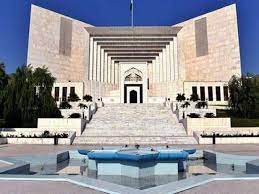 ISLAMABAD – The Supreme Court of Pakistan on Thursday rejected the bail petition of suspect Imran, accused of kidnapping and raping a girl.

Justice Qazi Faez Isa said that a policeman was accused for kidnapping and raping the girl and asked how the court could ignore this matter. Justice Qazi Faez Isa held that the victim’s statement under section 164 of Criminal Procedure Code (CrPc) was that police constable Imran raped her.

He said that the Peshawar High Court also upheld the statement under Section 164 against the accused. Justice Qazi Faez Isa observed that it was better for the accused to withdraw the bail application. He also directed the trial court to decide the matter expeditiously.