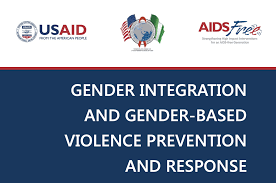 Posted by: admin in Gender Based Violence December 5, 2022 Comments Off on Speakers for strengthening gender-based violence response 48 Views

Speakers at a seminar said that though the government was working to eliminate gender-based violence in the country yet it was the need of the hour to be on a common platform to cope with this issue. Speaking at a seminar titled “Strengthening gender-based violence response mechanisms in Punjab,” they put a major focus on the recent amendment of the Punjab Protection of Women against Violence Act 2016 which empowers the Authority to establish Violence against Women Centes (VAWC) in all districts of Punjab by declaring any existing government facility as VAWC. On the occasion, they said there was a gap in the existing mechanisms for gender-based violence survivors and to make the available mechanisms more inclusive and accessible for women and transgender community.

Rafia Kamal, Chairperson of PWPA said the authority had taken steps to improve the mechanism for reporting and rehabilitation against gender-based violence and added that there was a major focus on the recent amendment of the Punjab Protection of Women against Violence Act 2016 which empowers the authority to establish VAWC in all districts of Punjab by declaring any existing government facility.

She recalled the 16 days of activism were important in terms of raising awareness and in this regard points highlighted at the consultation and its recommendations would go a long way in devising a comprehensive strategy for addressing the menace of GBV.

In a bid to improve the physical and mental health of the youth, the Islamabad Capital Administration (ICT) would continue to hold weekly sports events in the Federal Capital.